Another year of growth, transformation, and new successes!

Future Worlds Center has successfully implemented many projects in collaboration with its growing network of partners, striving towards the Future Worlds Center Vision to “operate at the interface of science & society” by using technology to promote social justice, development and peace. Every Unit has been successful in securing 3 or more new contracts with total value exceeding 3 million euros.

2015 was also a year of many audits. The Financial Unit has been overloaded with work in completing more than 12 new audits. All audits have been successful resulting in virtually zero ineligible amounts for Future Worlds Center. Unfortunately, some expenses of partners were found ineligible. The difficulty in recovering them, especially in cases where audits were for projects that took place 5-6 years ago and/or the partner is not loner in operation, results in some losses. 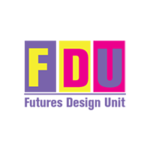 The Futures Design Unit has launched one of the most significant projects, the Reinventing Democracy in the Digital Era global project, funded by the United Nations Democracy Fund. The activities of the project can be viewed at its page as well as on the website of the prohect ar www.ReinventDemocracy.info. 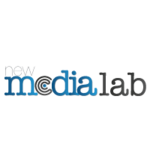 The New Media Lab had major successes. It secured two new contracts in Cyber Crime: The Cyprus Cyber Crime Center of Excellence for Training, Research and Education with partners the OCECPR - Office of the Commissioner of Electronic Communications and Postal Regulation, the European University Cyprus, ADITESS and the Office for Combating Cybercrime (OCC), and the Engaging Users in Preventing and Fighting Cyber Crime - UINFC2 led by the Center for Security Studies (KEMEA) in Greece and including the University of Piraeus, ADITESS, Mezza Group, and CENTRIC. The fact that Future Worlds Center won 2 out of a very small pan-European Cyber Crime grants is a sign of excellence. The participation of OCECPR is notable, as well as the engagement of EUROPOL, many policy and Hotlines' representatives in the The Requirements Workshop. The New Media Lab has also won SENIOR-TV, an Ambient Assisted Living project with a score of 5 out of 5, an exceptionally rare circumstance. Finally, it continues its island-wide safer Internet campaign, CyberEthics, engaging schools, media and all local authorities. During 2014, many governmental agencies have been engaged in the process of establishing a more permanent facility for the campaign. 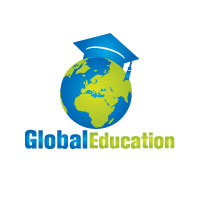 The Global Education Unit has closed the Civil Society Acts Beyond Borders and launched new projects: Youth of the world!; The World From Our Doorstep. It has also won two new contracts each of values over 1 m euros: Map Your Meal and Fair Super Brands.

I invite you to read our Annual Report and come back to us with suggestions and ideas. This short introduction could not cover all our projects, which are described in more detail in the following pages. We are proud to have you as a friend and affiliate and we look forward to strengthening our relations, communication and collaboration within our network and with new partners.