Enhancing the Impact of Learning on Organizational Performance 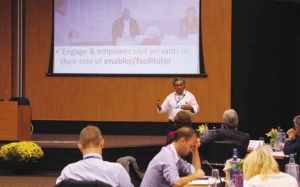