The first months of our project focused on establishing the general framework for its success: A core group of 27 participants (4-7 people from each country involved) were selected and invited to the first international seminar in Ohrid, FYR Macedonia. About one third of these national project team members had a background in music or other arts, such as theatre or visual. The others were youth activists and leaders, teachers, trainers and professional NGO workers. The core group members took an active part in the development and implementation of the country-specific project activities and experienced an intensive learning process throughout the project.

Both international seminars have been facilitated by the trainers Aniko Kaposvari from Hungary and Darko Marković from Serbia, in cooperation with the project coordinator Reinhard Eckert from Austria. Aniko’s professional background is in sociology, mediation, psychodrama and Playback Theatre. Her training expertise is in human rights education, peace education, conflict resolution and intercultural communication. Darko studied psychology and psychodrama, works as a freelance trainer and Programme Manager at “Hajde da...” group in Belgrade and is a member of the Council of Europe DYS Trainers’ pool and the SALTO TOY database. Reinhard studied educational science and special pedagogy, with a focus on peace, intercultural and human rights education. He was involved in a range of educational and social projects in Albania, Austria, Croatia, Romania and Serbian before moving to Cyprus and working with CNTI/FWC as a project developer and coordinator. 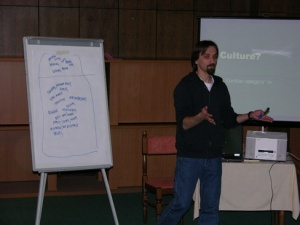 In April 2007, the first international seminar brought together 27 participants, from seven different countries, representing one dozen youth organisations in South East Europe and the Mediterranean region. The seminar was hosted by the Macedonian partner organisation Youth Forum EYE. 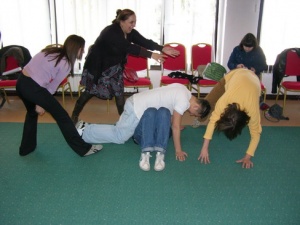 The objectives of the meeting were:

The training methodology included interactive drama methods (theatre of the oppressed), video and PowerPoint presentations, discussions, energizers, individual reflections, brainstorming, mind mapping, group works, a panel discussion, an organisations' fair & intercultural evening, a jam session and performances. The programme managed to challenge the superficial understanding of concepts like culture and intercultural learning and guide participants’ thinking in deeper way (not only talking about tolerance and being nice to each other, but also understanding the importance of dealing with power and inequality in intercultural relations).

In order to stage a public discussion about the topic of our project, a panel discussion was organised with key speakers from Albania, Bulgaria, FYR Macedonia and Serbia, following the screening of the documentary “Whose is this song?” at the University of Ohrid. This event and an additional seminar session with film director Adela Peeva allowed a deeper reflection on the issues of shared and diverse cultural heritage in South East Europe.

The second international seminar took place in the capital of Cyprus from 20 to 25 March 2008. It was hosted by CNTI with organisational support by the Cyprus Youth Council. 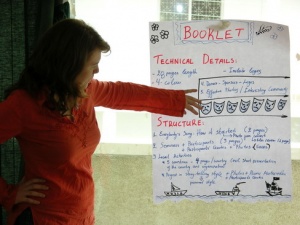 The objectives of the final seminar were:

Once more, there was a film screening of “Whose is this song?” and a public round table discussion on the topic, this time with key speakers from Greece, Turkey and the two major communities of Cyprus.