The Living-Heritage (LH) Programme, developed by WCIF, is based on the idea that cultural projects can provide a strong focus for local cooperation including inter-ethnic and community action. Such initiatives are effective as they deal with things that locals usually care deeply about and, at the same time, are within their control and capacity. The programme is built on a number of principles:

The programme adopted a broad definition of the concept “cultural-historical heritage”. Local people were allowed to determine themselves what their valuable heritage is and in what shape they want to preserve and develop it. 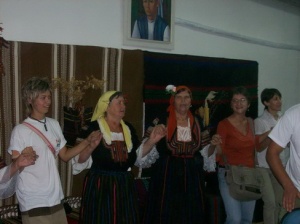 Three local projects and a national festival became part of the project “Everybody’s Song”. All projects were using local musical heritage for social development and the improvement of communication and relationships between generations and different cultural and ethnic groups in the communities. Financial resources were provided to three grass-roots groups for activities in exploring, reviving and preserving the Bulgarian material and spiritual heritage. The groups came from Dupnitsa, Dobrich and Haskovo.
Their projects were diverse in terms of methodology and the heritage they revived: 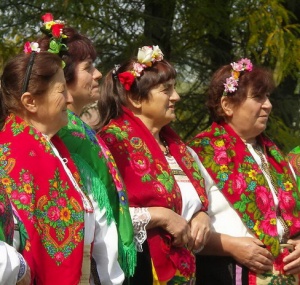 A Living Heritage Festival was organised on September 22nd, 2007 in Sofia. Apart from representatives of the above groups guests were invited from places where WCIF has previously worked. They also had the opportunity to present their dances, folklore rituals, etc. Sofia Municipality became WCIF’s partner for the festival. The festival was unique, as for the first time in the organisation of such an event in Sofia the concept of learning-by-doing was introduced. The participants trained the visitors in bread making, knitting, the production of dolls, drum playing, etc. Visitors could also see authentic rituals and crafts in the improvised fair. At the end of the festival day, a film about the participants and the project activities was shown.

The output of the programme in Bulgaria is manifold and varied, including festivals, publications, documentaries, CDs etc. The figures below give some indications of the extent of the work produced:

During the project we had more than 10 publications in the national media, including radio and national TV. The project was presented in different regional media; some local cable televisions broadcasted whole events organized by local participants. 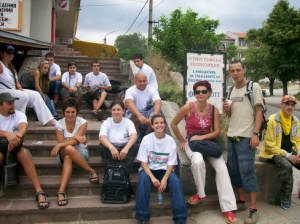 These figures represent only one part of the work undertaken. The programme supported both community development and personal development. It helped those involved to build their own capacity, experience and confidence. A range of important skills were acquired and improved:

The most obvious effects of the programme are: the participants’ boosted self-esteem, satisfaction with the opportunity for expressing oneself and being creative, acquired knowledge and new skills, built intercultural tolerance, new contacts between people, strengthened ties between ethnic and religious groups and generations, improved community relations in ethnically or religiously diverse communities, stimulated interest in cultural heritage and improved appreciation of the local communities.