The Triggering Question (TQ) was
What specific actions, changes, or reforms could transform our schools into democratic institutions in which learners are empowered to achieve whatever they desire and promote social mobility? 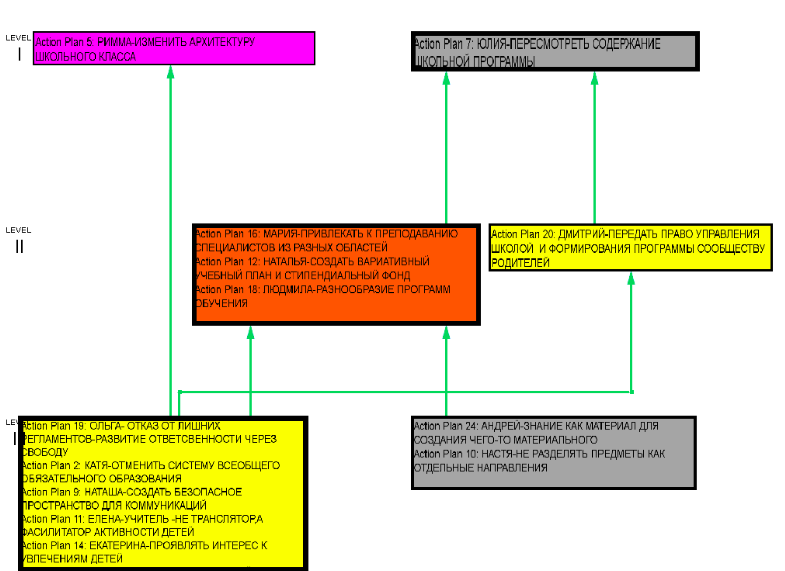 Influence tree from the Actions SDDP of the Social Science Lab co-Laboratory.

The Co-Laboratory was facilitated by Yiannis Laouris. The Co-Laboratory was also attended by 24 Cypriots participants and 2 American scholars who spent about a year on the island working on their Masters theses. In sum, the participants of the dialogue reported their satisfaction that their voices have been heard and documented and communicated their expectations for follow-up activities to address the diagnosis of their needs.