The Krasoxwria SDDP 2012 Ayios Amvrosios Structured Democratic Dialogue Process has been conducted in the context of a series of Local Development Pilot Projects an EU funded endeavor implemented by the Cyprus Academy of Public Administrationon 21 Feb 2012. In most of these SDDPs, FWC Facilitators are called to either facilitate or support.

During the period 7-19 November, the project team , in collaboration with the Cyprus Academy of Public Administration ( CAPA ), conducted three consultation meetings - workshops with all interested stakeholders in-order to analyze the smooth transition of merging the Services provided by the Department of Inland Revenue (i.e., TAX) and the Value Added Tax Services (VAT). The aim of the first SDDP workshop was to identify the Challenges that people and organizational structured would face during this transition.

In response to the TQ, the 26 participants came up with 71 challenges, which were categorized in 8 clusters. Following the voting process, χχ ideas received one or more votes and were structured to create the influence MAP shown below. 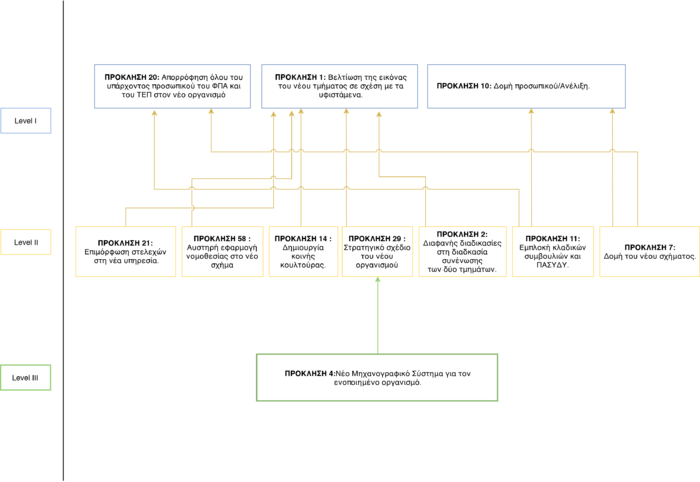 According to the participants of this workshop, the challenges that appear to be the most influential were:

The workshop was mainly facilitated by Marios Michaelides and Yiannis Laouris. In sum, the participants of the dialogue reported their satisfaction that they had the opportunity to exchange ideas regarding the challenges and got engaged for the follow-up workshop to define the expectations.