In response to the TQ, the 16 participants came up with 53 characteristics, which were categorized in 7 clusters. Following the voting process, 42 ideas received one or more votes and were structured to create the influence MAP shown below. 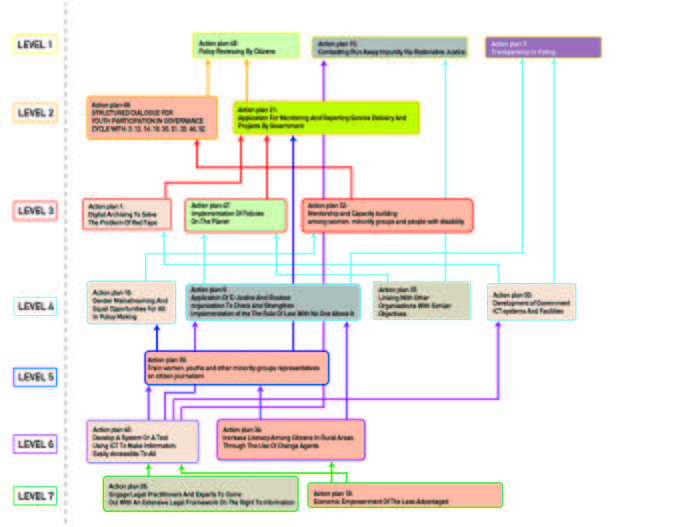