The Πλατφόρμα Ομάδων Πολιτών “Διαφάνεια τώρα” (EN: Platform Transparecy Now) was established in March 2013 with the initiatives of many active citizens and eight organizations. The Platform was created with the aim of making surgical reforms in the system of governance by proposing new laws or law modifications that the Platform believes will have chain repercussions.

The third reform proposal concerned a reform of Election Law to allow horizontal options. The platform and two other organizations implemented a total of three opinion polls, all of which resulted in more than 80% of voters being in favor of the proposed reform. Following several campaigns and meetings with all political parties, the reform proposal has been made to the parliament by the Green party and it is currently under consideration. The proposed reform has been formulated by Andreas Shoshilos and Yiannis Laouris and published as a short Proposal For Horizontal Voting. 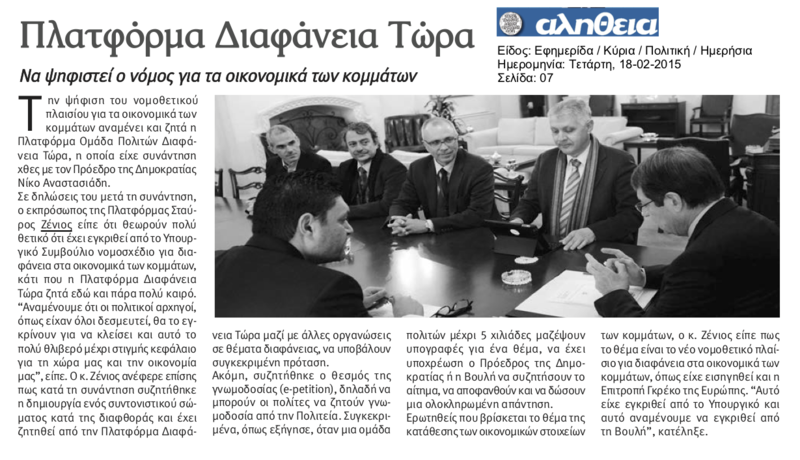 The Members of the first Management Board elected in 2014 were: